Born and raised in Miami Beach, Florida, Sabrina suffered a severe C3 - 5 spinal cord injury at the age of 14 in a 1992 car accident. Despite the daily challenges, she found comfort in motivational speaking and graduated high school on time.

In 1999, Sabrina graduated from the University of Miami with a degree in Communications, double majoring in Advertising and Psychology. She holds a post-graduate degree in Copywriting from the Miami Ad School, and founded her own advertising company, SabCo Productions.

In May 2004, Sabrina discovered her true passion - the world of stem cell research through Bernard Siegel, founder of the Genetics Policy Institute, and soon after became the Director of Public Relations for GPI.

In 2006, she then launched the Sabrina Cohen Foundation for Stem Cell Research (SCF), a 501c3 non-profit advocacy organization aimed at leading the fight against disease by funding stem cell research in the United States. The mission of SCF is to educate the public about this vital science and help accelerate the development and delivery of therapeutics for individuals suffering from diabetes, spinal cord injuries, heart disease, cancer and other medical conditions. 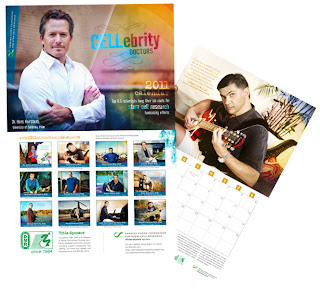 Recently, SCF launched its first annual "CELLebrity" Doctors Calendar! Designed to educate the public about stem cell research. The 2011 Calendar of "CELLbrity" Doctors captures twelve of the leading scientists around the country involved in stem cell research, each representing a different area of disease. All proceeds from calendar sales benefit SCF and will be earmarked towards funding stem cell research in the United States. For more info or to purchase a calendar, please visit http://www.CELLebritydocscalendar.com. 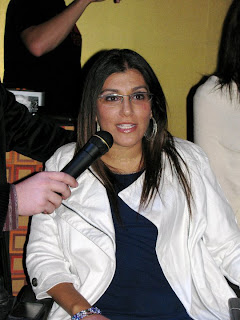 In what little spare time that Sabrina has, she enjoys being outdoors, sailing with a non-profit organization called Shake-a-leg Miami, dining out, going to comedy shows and, most importantly, spending time with friends and family. She hopes to some day have her own family while, at the same time, continuing to expand her fundraising efforts for stem cell research. When asked what keeps her motivated, Sabrina replied, "Knowing and seeing that my work inspires and helps others.”