In the early 1990ʼs, Marilyn Hamilton introduced a marketing campaign for her Quickie wheelchair company extorting her customers to Get Out There! Patterned on Nikeʼs successful Just Do It campaign, Marilynʼs goal was to get more people inspired to get out of their houses and to participate in mainstream society.

The timing for this campaign couldnʼt have been better. It came on the heels of the 1990 signing of the Americans with Disabilities Act and the 1991 release of the first set of barrier removal regulations for public accommodations. As these regulations took effect, they resulted in curb cuts, accessible parking spaces, ramps, wider doorways, and accessible toilets. Because of these regulations, getting out there became much easier for millions of people with disabilities. 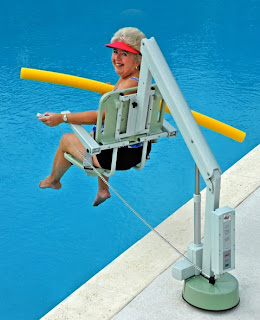 Last July, the Department of Justice launched an update of the ADA law that encompassed many areas that were not addressed in the original legislation. This revision went into effect on March 15 of this year and compliance with the new regulations will be expected by March 15, 2012.

This means that within the next 12 months, businesses in the United States will be spending billions, thatʼs billions with a “B”, of dollars to provide additional accessible opportunities for people with disabilities.