Chairs on Television: Are We Moving Forward? 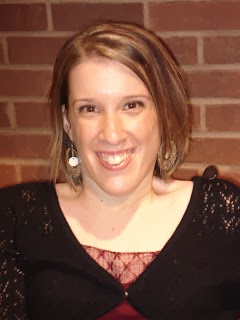 I don’t have to tell you that TV shows that feature characters with disabilities, and specifically those in chairs, are few and far between. People with disabilities would love for the attitudinal barriers that others put on them to go away, but it isn’t easy when mainstream media doesn’t give many examples for people to look to of a successful person with a disability who might give them a reason to think differently about the capabilities of people with disabilities. Perhaps the biggest recent success has been “Push Girls,” which completed its second season earlier this year. Still, The Sundance Channel doesn’t reach everyone. “Push Girls” is a giant step forward, but there is much more room for improvement. It would be nice for network channels that everyone gets to freely feature people in chairs. So, what might be stopping them?
You may have seen the show “Ironside” on NBC this fall, a remake of the 1960s-70s TV show about a high-profile detective who sustained a spinal cord injury in the line of duty. The show clearly depicted Detective Ironside as a smart, independent, and capable person in a chair. They showed him getting in and out of his chair without help, they showed him working out, they showed him doing physical tasks from his chair, and they showed him having relationships with women. They showed how the things he’s learned from being in a chair actually help him in his job and in his ability to solve crimes. The show also explored the psychological difficulties of him coping with being in a chair and the trials of trying to make others around him accept his disability as much as he has. True, Ironside was played by Blair Underwood, who isn’t a chair user in real life, which begs the question that someone who is actually a chair user should get the opportunity to play the part of someone in a chair, but on the flipside, Underwood is a big-name actor, and the fact that he would want to play the part of someone in a chair, and quite convincingly from my perspective, just might be a great way to draw in people who wouldn’t have watched it with an actor they didn’t know.
All in all, “Ironside” was a prime opportunity for a wider audience to see a portrayal of someone with a disability doing what we all hope to do, to be an active member of society making a positive contribution to the world around us. Unfortunately, it wasn’t meant to be. “Ironside” was cancelled last week after only a handful of episodes. It’s also worth noting that “The Michael J. Fox Show,” although it doesn’t depict someone in a chair, does also show someone with a disability in a leading role as a normal member of society and is actually played by a person with that disability. “The Michael J. Fox Show” isn’t performing well in the ratings either, although it was greenlighted at the start of the season for 22 episodes, so it doesn’t look like it will be going away just yet.


Sure, there have been other shows that incorporate someone with a disability in it, but to have the lead actor be the person with the disability is rare. I personally take pride in knowing that these shows existed in the first place. Even if just one person’s attitudes were changed, whether that be a viewer of the show, an actor working on the show, someone on the show’s crew, or a network executive, it was all worth it. Is society just not ready to accept someone with a disability on TV as a main character, or is it simply that these shows aren’t of the quality to attract a wide audience regardless of anything having to do with the topic of disability? Do you think that the lack of success of these shows will make networks more hesitant to feature people with disabilities as main characters in future shows? Make your opinion heard by posting on our Facebook page. Let’s hope that these shows are the beginning of a new and lasting wave of people with disabilities in mainstream media.
Labels: archived, other interests