Life Lessons My Kids Are Learing From Having a Disabled Mom: People Can Be Ignorant


By Annae Jones
Reprinted with permission from The Mobility Resource 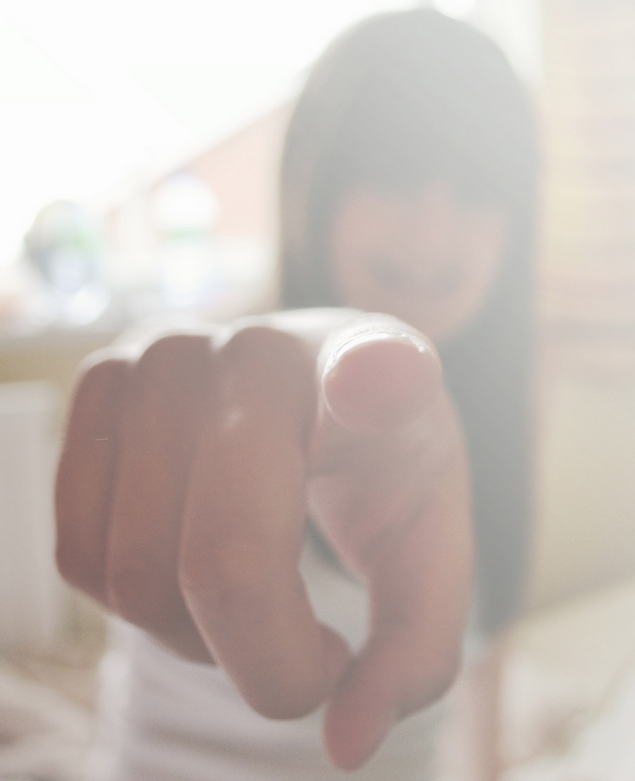 Most of us have had an unkind word thrown at us or have been the recipient of an ignorant comment. I have had people tell me how disgusting it was when I picked something up with my foot at the grocery store and once, a man insist my mother had taken drugs while she was pregnant with me – a far cry from the truth.
Then while being denied special needs transportation for our daughter, a kindergartener, when my son was only two and it was difficult for me to get him in a car seat; my husband and I had a public service worker tell us we should have thought about that before we had children.  These examples are on the extreme side and I usually tune out “ignorant” comments, but now that my children are getting older I worry about them being exposed to this cruel side of human nature.
I am not delusional. I know my kids will experience ignorance. It is a part of life-learning to understand where these comments come from and what to do about them.  My real worry is if my children will think less of me when they hear something about their mom. Will they be embarrassed? Will they begin to think that something is wrong with me?

Last year my son, Tarek, told me I was the best mom in the whole wide world. All I could think of was the perfectly organized mom that manages to make crafts with her kids, manage the chores and homework, get a healthy meal on the table all while having the patience of an angel. When I told him there were better moms than me; he looked crushed. I quickly took it back knowing I could improve in so many ways, but in my child’s eyes perhaps I am not so bad.
The thing is I know as they age, they will see my imperfections – the ones we all have – but it seems unjust that the actions and opinions of others could also have an effect on their perception of me.
A couple years ago while vacationing in Kelowna, BC; I was applying sunscreen to my kids. A girl around 11-years-old walked by and in a derogatory tone exclaimed, “OH MY GOODNESS.”
I am my worst enemy in these situations because I just freeze in shock that anyone would be so rude. I stumbled over my words trying to explain that my feet were my hands and almost as if apologizing that I couldn’t do it any other way. I was further shocked when I saw her mother notice and quickly sweep her daughter away without an apology. Although these extreme situations rarely happen and I usually just let them go; I couldn’t help but feel like a mother bear protecting her young.  I wanted to protect their innocence and I was angry I had to explain what “ignorance” was to them. Deep down I hoped my children weren’t embarrassed that I had to use my feet to help them.
I guess I think back to the film, “I am Sam,” with Sean Penn and Dakota Fanning. Penn plays a mentally disabled single father. At one point in the film, during a playdate, the daughter’s friend over hears the father say while making pancakes, “Sorry Mr. Egg.” Her friend asks what is wrong with her dad, questions whether she is disabled herself and then repeats, “Sorry Mr. Egg,” in a derogatory tone. From that point, the young girl begins to realize her intellectual abilities are starting to surpass her father’s and she no longer sees her dad’s behavior as funny and endearing, but begins to be embarrassed by him - her innocence robbed by the comments.  Although a physical disability is different than a mental one, I can relate to this film.
My children’s physical abilities sometimes surpass mine. They can run faster, carry heavier objects and they don’t need assistive devices to help them in the washroom. If they want, they can blend into society without being stared at or noticed. Will they begin thinking less of me or be embarrassed by how I do things with my feet? After all, maybe it is gross that I eat with my feet or carry things with my mouth. Will they be embarrassed if a friend sees them helping me with something? My daughter went through a short phase where she seemed a little embarrassed in front of her friends. I tried to respect her feelings by not asking for help, for instance, when I attended field trips with her; but the phase was short lived and she is now confident in her desire to help. Making sure I don’t need help has become more important to her than the possibility of being teased by her friends. Thankfully she has had great friends.
A few years ago when I took my kids to a playground, a couple school-aged kids began teasing me by hiding their arms in their shirts while acting out what they thought it would look like to go down a slide without arms.  I did my best to shield my children from the cruelty and they followed my lead of ignoring it; but the truth is I won’t always be able to protect them from these situations and I can’t decide for them how they will perceive my methods of independence. All I can do is let my children see me stand up for myself. I don’t need to become an ogre about it, but I will be more confident in my response and I will not be apologetic. I have nothing to apologize for – I am doing everything I can to lead a meaningful and independent life and if that means sometimes grossing people out; well I guess that is their problem. I have confidence that if my children see me stand up for myself, they won’t have reason to be embarrassed.
I am also going to take a lesson from my own children. When Tarek was three a school aged boy referred to me as “that lady with no arms.” Tarek snuggled in close to me and as if protecting me said, “My mommy not have arms.” I am not just some lady without arms. I am a mother, a wife, a daughter, a sister and an aunt--a real person just trying to live an ordinary life in an extraordinary way.