“Raw Beauty NYC” is an innovative visual arts project designed to inspire the public to create new perceptions, transform stereotypes and breakthrough personal obstacles by expanding awareness of women with physical challenges.
This ground breaking photography exhibit is a collaboration between high-profile photographers and twenty women with living with various types of disabilities to showcase their true beauty, empowerment and sensuality. The audience will glimpse into the lives of these incredible women through photography and learn more about their stories.
Read more »
4 comments
Labels: archived, other interests Ms. Wheelchair NJ 2013, 2008 Beijing Paralympian, harpist who performed at Carnegie Hall, certified scuba diver, and ski instructor are just a few of the hats Maggie Redden has worn. A paraplegic Polio survivor who was adopted, at age two from India, by a single mother, Maggie attributes her independence and sense of “live life to the fullest” to her mother, Patricia Redden. Her mother encouraged her to go after her dreams from a young age. Growing up in Jersey City, NJ, with her younger sister Mariya Redden, Maggie has never let her disability define her.

Not one to sit idle, Maggie currently works at Heightened Independence and Progress, a Center for Independent Living, as the Transition Coordinator, helping individuals with disabilities towards achieving self-sufficiency and independence. She is also an Interpretation Associate at Liberty Science Center and just completed an internship with the NGO Committee on the Status of Women (which works with UN Women and the Commission on the Status of Women) and is a student at Saint Peter's University, pursuing her Masters of Public Administration.

Conflict: Your Fault, My Fault, No Fault 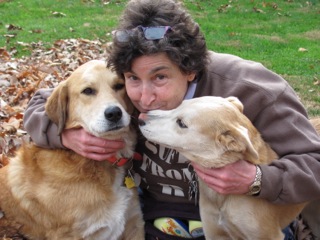 A son disappoints a Mom once again for Mother’s Day and the first instinct is to share with him the hurt and anger that he continues to create. What makes it even more difficult is that others would ask what the son did on Mother’s Day and the Mom wasn’t able to say he did much to make her feel appreciated. Was she a bad Mom?


The Mom had two days to think about it. He called the following night. His response was when the Mom’s affect was clearly not cheerful was to say, “What did I do wrong Now?” She was tired of saying the same old thing over and over, year after year. She said, “I wasn’t willing to talk about it and we could talk about something else. She had nothing to offer at that point and neither did he, so they hung up both knowing it felt bad.

He called back a few minutes later trying again. This time he responded in a more positive manner and started a conversation that was to last approximately 30 minutes. It was a pleasant conversation. They didn’t talk about the real issue. She asked him about his summer and if he had talked to his wife about this summer when he was going again to his summer job a few hundred miles away about the conflict that occurred the previous summer. He said no. “You know mom I don’t like conflict.” Avoiding conflict creates a much harsher form of conflict. It is similar to the saying that, “Not making a decision is making a decision” and carries consequences.

Spring is here, at least according to the date it is!  I’m still waiting for the weather to reflect it. One indication that it is spring is all the beautiful asparagus you can find in the grocery store so I thought I would share this asparagus recipe with you. It has been a go-to recipe in my family for years!  It pairs well with fish, poultry or pork; and since Easter is coming soon, what better side dish to serve with your ham?
I recently was reading online at Eating Well about the 5 health benefits of asparagus.
Read more »
0 comments
Labels: archived, health and wellness, other interests
Newer Posts Older Posts Home
Subscribe to: Posts (Atom)