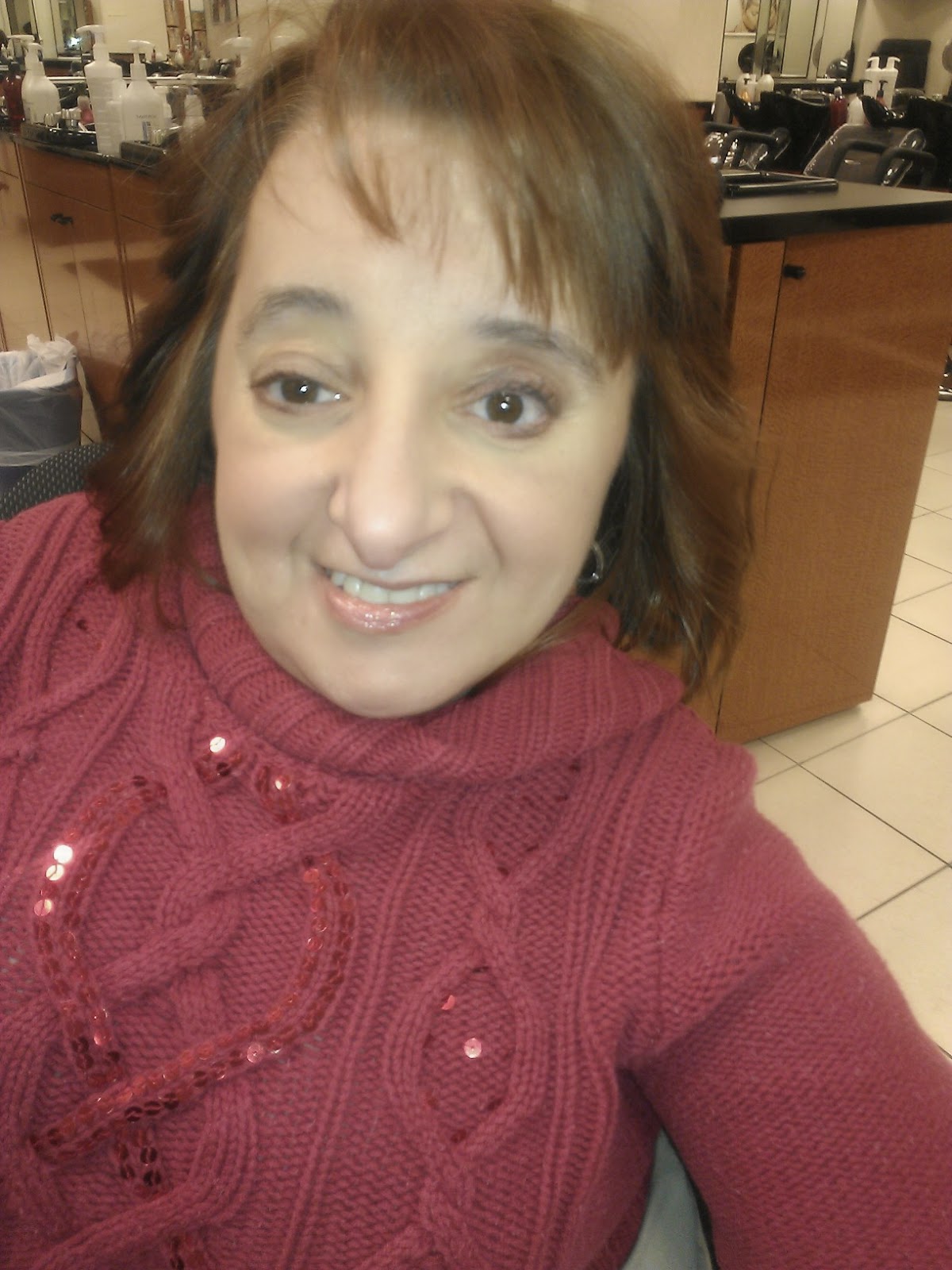 Once seeing this inspiring sight, my aunt immediately contacted me to let me know such a thing existed. I was very surprised to be honest, but excited as well. While growing up, I lived the stereotype that dance would never be possible for me and so made no attempt to jump in at parties and have fun trying out dance moves with friends. In high school when there were dances, I never went to them because I did not want to sit on the sidelines and simply watch.  So hearing this possibility excited me and when my aunt sent me a poster along with information, I immediately ordered a video to check it out.  Wow, was I amazed, awe inspired and many other emotions I cannot express. So dance is a possibility.

With the help of my mother, we came across the Kardon Institute of Performing Arts, an organization for 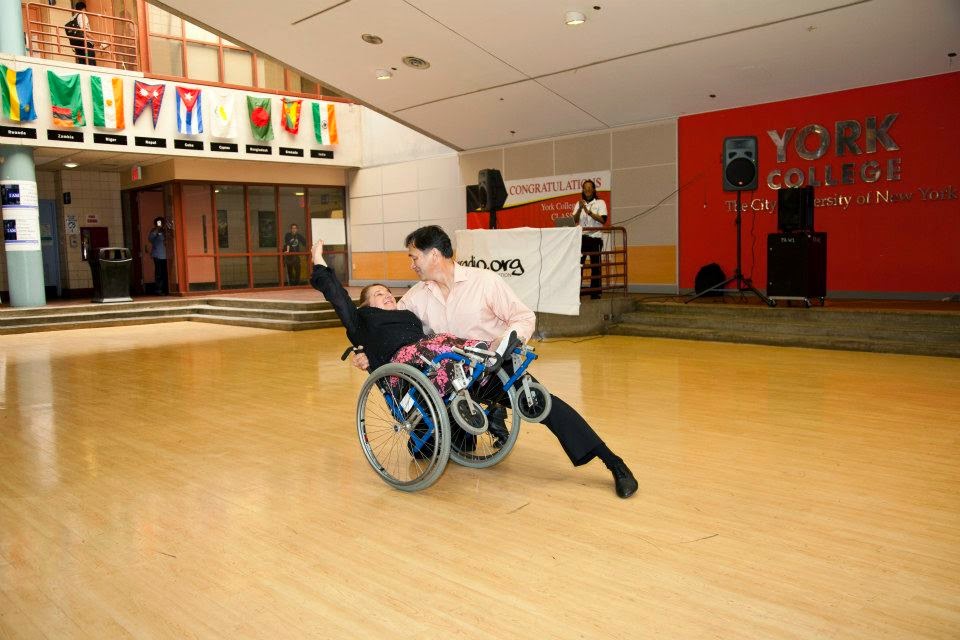 persons with physical and developmental disabilities and an extension of Settlement Music School where I took music lessons for many years.  It was at Kardon, that I started my journey into the world of dance and never looked back. When I met Mark Bottos, I did not know what to expect and how it all would evolve.  Mark, a Movement Therapist and Ballroom Dancer, helped me to start exploring how I would make dance my own, and see the positives of my body and chair and not the negatives. Eventually, I gained a feel for both and was ready to move forward to the next step.

That step, would take me all the way to Washington D.C and the Kennedy Center where in 1994, Mark and I performed our first solo dance to the music of Enya and her song Caribbean Blue.  Performers from all over the country came to express their particular art form, and although so long ago, I recall that those putting the event together wanted to have a more diverse show of performances and so Mark and I and another student living with a learning disability and composed his own music, were invited to perform. But it wasn’t originally meant to be just Mark and me, as the intent was to have six of us perform for this event. When word of the Kennedy Center event came about, Mark and another movement therapist named Louis hoped to have a small group perform in D.C.  In addition to me, a woman who was an amputee, another with CP and a fourth who had a stroke after an injury came on board to perform. We met weeknights at Kardon for ½ an hour and learned to dance together which was enhanced by the diversity of our disabilities and what we used for mobility. Unfortunately, the group did not last as one of the members moved away for work, another had personal issues that came into her life and a 3rd beloved member passed away before the performed in D.C even happened. In the end, it would be Mark and me performing in D.C, and a new era of dance was born.

I remember us working to create this dance and how much fun I had learning the moves. Learning to dance using a wheelchair can unfold like an amusement park ride with twist and turns and surprises that you least expect.  But in the end, a beautiful piece is created and ready to show the world. I recall before performing at the Kennedy Center, Mark and I performing at Montgomery County Community College (Montco) where I went to school and was very involved in its clubs.  Montco was having a talent show and both Mark and I thought it would be fun to take this dance for a test drive.  I recall feeling quite scared as I had never performed for anyone before, and although many of my friends were there to watch and lend a hand of support, the nerves were running rampant.  But the performance was a success, and we even came in first place. The win part was not to be however, as only people in house could participate and Mark was not a student of Montco.  A life lesson that did not matter in the end, as our dance touched many and introduced them to a new realm of dance that they had never seen before. I even recall one of my friends crying, and that moment taught me what an impact this expression of art could have on so many people.

The event at the Kennedy Center was an amazing event. I had my folks, great aunt who lived in D.C. and quite a number of friends came to cheer me on.  The performance was exhilarating and although I was nervous beyond sanity, I felt free and alive.  To add a feel of humor to all of this, we danced on a dance floor that had more bumps and grooves then Mount Everest and even Mark had to make sure he didn’t let me go and I fly off the stage into someone’s unsuspecting lap. But it was a moment for the ages I will treasure always and a ride I’m honored to share with so many people. 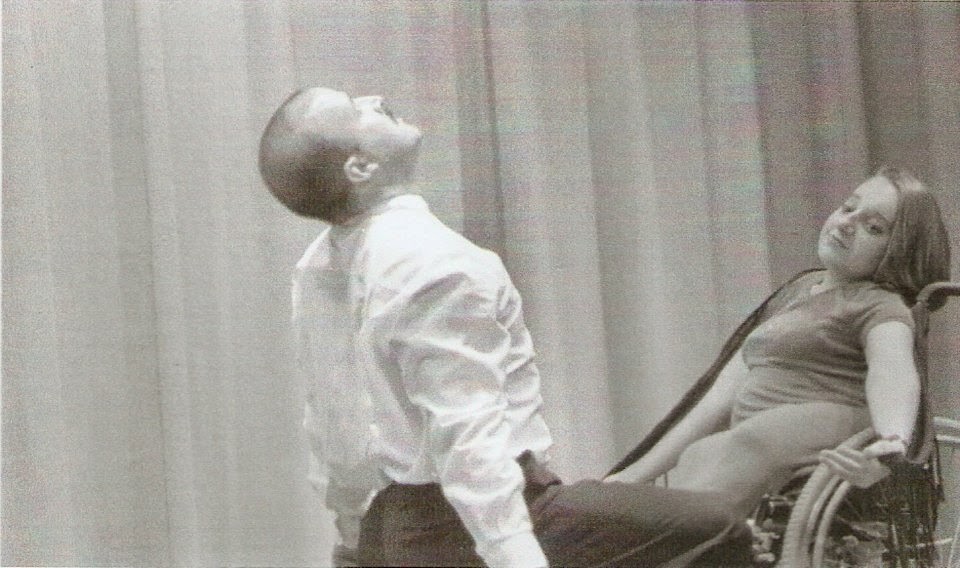 could provide. I would perform modern and Latin dances which included a Rumba. Places I would perform at included the Clef Club and Gallery in Philadelphia, New Orleans and even on my own on the high seas where I took two cruises. I would choreograph my own piece to another Enya song, and I would ultimately graduate from using my wheelchair as a dance tool to dancing with my body being the sole form of expression which was a phenomenal feeling.  One of my most favorite dances and my last at Kardon, came about when Mark, Martha Hess and I performed a beautiful piece to the music of Gladiator from the group The Dead Can Dance, a fitting name when you think about it.  This dance was a performance of dimensions and it challenged my body, Mark and Martha’s too, more than any dance ever did. One move had Mark lifting me above him while on his back and another move had him lifting me while he danced in a standing position.  We performed this dance in New Orleans and my beloved Foulkeways where I once worked.   It was an amazing dance and one I now proudly share on You Tube along with the Kennedy Center Performance.

At 43, I am back to dancing again with another amazing organization called American Dance Wheels Foundation also located in the Philadelphia area. I would have loved to stay with Kardon years back, but graduate school, work and other life events became the main focus and so it was time to move on. But if it wasn’t for Kardon and Mark, I would not be where I am today as a dancer and have another opportunity to express my art and help teach the world that this culture of dance exists in the world.


Kara Aiello is a new contributor for mobileWOMEN.org! Although Kara has Osteogenesis Imperfecta which simply means brittle bones, Kara has studied dance for over 16 years now and currently dances with American Dance Wheels Foundation. But for the bulk of her dance career she danced with Kardon..  Kara works as a licensed therapist part time at an inpatient mental health facility and as a Free Lance writer for Montgomery County Community College.  She also sings with the Academy Chorale as the arts are an important part of her life.