Angela Rockwood,actress, model, Push Girls star, (not to mention producer!) was also a model for Raw Beauty NYC which was unveiled on September 20, 2014 at ACA Galleries in Chelsea to benefit the Christopher & Dana Reeve Foundation. The mobileWOMAN extraordinaire was inspired to bring the project to her city, Los Angeles.


‘’Life is a gift and what we do with our life is our gift back to the world, to others and to ourselves. ‘’Raw Beauty’’ is a platform that embodies this mission effortlessly by allowing a woman to share her life’s journey through words, empower others profoundly with a photograph and to make a shift within her being from the process of embracing her inner essence to share with the world. This is a powerful and empowering movement that needs to be worldwide, but first we share it in the City of Angels, Los Angeles.’’, shares Angela.

As an official Ambassador of the Raw Beauty Project, Angela will spearhead the event along with Raw Beauty NYC co-chairwomen, Dr. Susan Solman and Wendy Crawford, founder of mobileWOMEN.org.

"Angela is a truly remarkable, dynamic woman who has been a trailblazer for women with disabilities. We are thrilled that the project spoke to Angela. Her energy and spirit is a true example of Raw Beauty and will surely elevate the project to even greater heights!" says Dr. Susan Solman.

Plans are underway and the team needs your help! They are searching for vibrant women with disabilities who live in the Los Angeles area, to be a model in the upcoming exhibit. Please see details below on how to apply but you better hurry as the deadline is July 31st. We know that all you mobileWOMEN are exceptional so the committee is going to have a tough time choosing!

Note: If you don't live in the Los Angeles area but would like to volunteer and be a part of the project, please e-mail us at rawbeautyla@gmail.com.
It's important to remember, "We are all Raw Beauty"!

THE RAW BEAUTY PROJECT IS
Searching for women with disabilities to take part in Raw Beauty LA
The Raw Beauty Project is a photography exhibit that celebrates the lives of women with disabilities, allowing them to redefine beauty and unleash the potential for all women.
As seen in NYC, now coming to LA ( www.rawbeautynyc.com)
‘’It’s about embracing your beauty in all of it’s many forms, owning your POWER, living your life passionately regardless of any circumstance and changing the world around you!’’
EMBRACE YOUR BEAUTY, OWN YOUR POWER, LIVE YOUR PASSION!
JOIN THE MOVEMENT

Looking for women with a disability (impaired mobility) BETWEEN THE AGES OF 21-111 and who live in or around Los Angeles.
If you are interested in being part of this photo exhibit, please submit a photo of yourself (Please NO professional photos) and an essay (300 words or less) describing yourself, a brief description of your disability and share what you find empowering and what you’re passionate about in your life, no matter how big or small.

Please e-mail to rawbeautyla@gmail.com NO LATER THAN JULY 31, 2015
PLEASE INCLUDE:

Don’t forget to have fun and let us know why YOU are the next RAW BEAUTY to Join The Movement of Beauty, Passion & Empowerment!

You will be paired with a professional photographer and create a photograph with a theme of LOVE, POWER, AND PASSION. 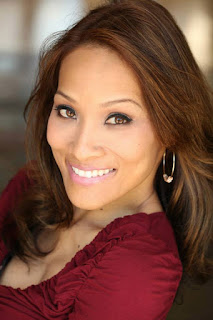 Angela Rockwood was born in Clovis, New Mexico, and experienced the world growing up as the child of a career military man. She started modeling at the age of 17, later becoming a fitness instructor, which led her into the world of martial arts. At 22, she relocated to Los Angeles, and within a year was engaged to her best friend. They bought a house and she fell back into the entertainment world by launching an acting career, with small roles in The Fast and the Furious and the syndicated television series V.I.P.

Angela’s life was practically perfect until turmoil struck one week before 9/11 on September 3, 2001. She and her two bridesmaids were driving home from a trip in San Francisco when her girlfriend spun out of control. Angela was in the backseat and was thrown through the side-rear triangular window suffering a broken neck and severed spinal cord; as a result she was diagnosed as a c4 quadriplegic.

When Angela awoke from surgery, she was given a 3 to 5 % chance of regaining any movement from the neck down. She felt her paralysis was for a reason, that she had a mission to fulfill.  Unable to move or feel anything, she knew instantly she had two things left; life and her indomitable spirit. She stated she’s "had a huge choice to make: to turn a catastrophic situation into something extraordinary and to be a powerful voice for others in similar devastating situations”.

Angela, a martial artist and a firm believer in alternative methods of healing didn’t accept her doctor’s prognosis.  Two months after the accident, with numbness in her hands, she was able to wiggle her left index finger, a dramatic moment captured live on an Entertainment Tonight piece about the ‘Power of the Mind’. And then, just a month later, she touched the top of her head. In 2003, she was the third American to undergo a pioneering stem cell surgery in Portugal, which allowed her to later operate a manual wheelchair. Although Angela is unable to move her fingers fully, she can feed herself, paint, train in martial arts and apply her own.

As an Ambassador for the Christopher & Dana Reeve Foundation, Angela represents the Paralysis Resource Center in outreach to Asian-American communities. She serves as a spokes model for Ti-Lite Wheelchairs and has also worked as a model for Target, Nordstrom and Toyota. Angela has also appeared on Larry King Live, and in People Magazine discussing how to live life to the fullest since her paralysis.  She has energized her acting career by landing in three national commercials for AARP, Mabelline, and Sony. Angela is also featured in CinemAbility, a documentary to be released in 2013, directed by Jenni Gold, which includes Ben Affleck, Jaime Foxx, and Jane Seymour

After her injury, she chose not to focus on the negative, but instead to go down a positive path, hoping to be an example for others and especially those in the disability community. Her tenacious attitude and purposeful personality allowed her to shatter the negative stereotypes as opposed to focusing on them. With her ultimate mission of pushing boundaries, she created, produced and stars in the Sundance Channel's, ‘’Critic’s Choice Awards’’, Best Reality series Push Girls. The show follows the lives of five women living with paralysis while cultivating their friendship as they undertake everyday life. The exposure of Push Girls has given her the opportunity to make television appearances on Ellen, Jeff Probst Show, Marie Osmond, Access Hollywood, Inside Edition, Good Day LA, Extra, Huffington Post Live, Kcal 9, Katie Couric Show, Good Morning America, and a return segment on Entertainment Tonight. She even had an appearance at The White House!
Angela continues to fulfill her post-accident vision by sharing her own experience with hopes of creating a change within others that reignites the human will.  She is passionately relentless in manifesting change and implementing ideas through her teaching at the Joey Travolta Theatre ‘Manifestation Classes’.  She has also taught her classes at the Performing Arts Studio West through Meet the Biz Workshops. As an innovator, she has successfully spoken about ‘Living to the Fullest’ at Rancho Amigos Hospital, L.A. Rescue Mission Assembly, and Edwards Air Force Base. Angela has shared her secrets of ‘The Beauty from Within’ for the Miss Global Organization of 2013 & 2014. A group of 4,000 Paul Mitchell students in Las Vegas, and the California Association of Realtors were the recipients of a topic close to her heart; ‘Pushing the Limits’. Most recently Angela has been chosen by Brig Gen Michael Brewer of the 412th Test Wing Commander to be the 2015 Honorary Commander for Edwards Air Force Base.

Angela is a vessel that is inspired by her grand purpose, deep within her soul she carries this mantra daily:  "Life is a gift and what we do with our life is our gift back to the world, to others, and to ourselves."