A Tour Guide to Switzerland for the “Traveler-on-Wheels” 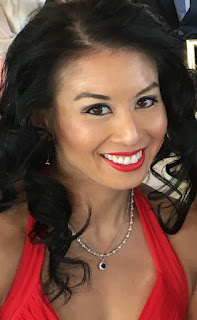 I was ecstatic when asked to share my travel experiences to the beautiful country of Switzerland. Then I thought to myself, “Where do I begin?” Switzerland is so much more than the home of gourmet cheeses and decadent chocolates, or the heavenly views of white Alps, charming chalets and dewy green meadows.

Specifically, the city of Bern, the country’s capital, (a.k.a. the “Capital of Happiness” that recently topped the World Happiness index) has such a significant meaning to me. Not only is Bern my husband Daniel’s hometown, it is where my life went through a huge turning point and changed forever. The year of 2000, I decided to quit my job, leave my apartment in NYC, move to Bern to be with the love of my life and get married.  Daniel and I spent our first adventurous year together in this magical city. Since we have moved back to the States, we have been visiting Switzerland 1-2 times per year for the last 14 years; 9 years disabled, in a wheelchair, and 5 years as a mom. Over the years, I feel like I’ve experienced this city from different perspectives at various points in my life.
Read more »
0 comments
Labels: archived, other interests 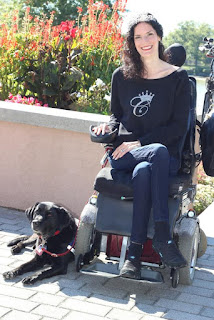 When I stopped walking due to rare conditions that continue to stump doctors to this day, I had no idea how my life would change.  After working and singing professionally and living a completely independent life, I went to stand, hit the ground, and never stood up again.  My paraplegia diagnosis came about 10 years ago on October 31st.

After all the brain surgeries, diagnoses and needing caregivers to help me with ADL's, I thought nobody would ever be interested in dating me. I opened up my mind, though, to dating a man in a chair. I hadn't done that yet. I met Frank through Judy, a woman who raises puppies for Canine Companions for Independence (CCI). It took some time for me to adjust, as we are both disabled, but he was patient and gave me time. Frank had Bastien, a service dog through Canine Companions for Independence, and I had Carmel from the same organization. We had disability, service dogs and a very strong foundation of friendship that grew with time. I love laughing, and we have a similiar sense of humor, the same values and a strong belief and love of God and keeping Him first in our lives. 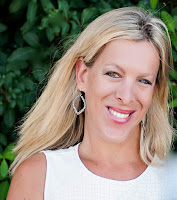 For most of Marteen Moore’s life, she’s been inspired by design and art. As a child, Marteen spent summers in France, her mother’s native country. While there, she instantly fell in love with Europe’s architecture and beauty. Years later, in 1988, she started her own firm based in Las Vegas, Marteen Moore Interior Planning, where Marteen specializes in large custom homes. Marteen’s professional life was blossoming, and around the same time, she got married and started a family.

Marteen’s life unexpectedly changed years later. As many of us at mobilewomen are familiar with, Marteen became a paraplegic in 2007. She explains, “It started with a benign tumor wrapped around my spine at the T6 Level in 2001, when I woke up one morning with pain. It took about three months to figure it out what was causing it, and they sent me for an MRI. From the Radiologist, I was taken by ambulance for surgery. It appeared to be successful until 2006, when I started to feel numbness in my legs. They first thought it might be MS, but then realized the tumor had returned. I was immediately flown in a med vac plane to USC California for surgery. In the hospital, I developed a staph infection. After four more surgeries, between the staph infection and the surgeries, my spine was compromised and I became paralyzed.”
While of course it took time to adjust her new life from this different vantage point of a wheelchair, Marteen ultimately persevered and resumed work. As she expresses, “We can do anything we set our minds to.” Her passion for interior design remains, and after renovating her home for accessibility and learning first-hand the important of accessible design elements in homes, Marteen now has a very important understanding of accessible design.

Taking a Stab at an Unknown Sport - The Exciting Strategy of Wheelchair Fencing!

By Kara Aiello
At age 27, Ellen Geddes is a fierce competitor, and after interviewing her before she headed off to Eger Hungary for the 2015 Wheelchair Fencing World Championships, I came away with that impression.  A fast and athletic sport for sure, wheelchair fencing is as strategic as for those without disabilities, except for the fact that the wheelchairs are hooked into a frame so the competitors cannot move. Other than that, says Ms. Geddes, the blade work is the same.
Getting introduced to the sport by chance, Ms. Geddes came to learn about Fencing after she was injured in a June 2011 car accident and now lives with a complete spinal cord injury level T-10. Upon her time in rehab in Atlanta, GA at the Shepherd Center, she was approached by the Shepherd Fencing Team Captain Dennis Aspy who was practicing at the same gym and asked her if she would like to hold a sword and stab some people. I guess one could say, Ms. Geddes was interested. So in 2012 she began her fencing career, qualified for her first Wheelchair World Championship Team, won her first medal in 2014 on the World Cup circuit in Montreal, and has not looked back.