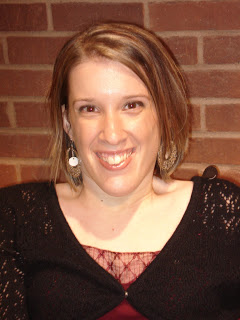 We live in a time when people with disabilities have increasingly more opportunities to live a normal life in a society that is beginning, slowly but surely, to see people for who they are instead of their means of mobility. People with disabilities have more opportunities than ever to explore recreation activities that are commonplace among active able-bodied people but that are just beginning to take root among those with disabilities. The new documentary film, “Tin Soldiers,” explores some of these forms of recreation, aiming to bring to light that these activities are for everyone of all abilities.

Director and producer Ben Duffy, has been making documentary films for nearly a decade. In making his first film, “We Are Skateboarders,” he learned about an organization teaching kids with disabilities to skate (Wheeling down the skate ramps in a skate park is the wheelchair equivalent.). He loved what he saw and made some friends who were also eager to make a film about skating for people with disabilities. This joining of cinematic forces interested in skateboarding is where “Tin Soldiers” began, but it turned out to only be the starting point. Ben and his team wanted to include people doing all kinds of adaptive recreation. The film not only highlights skating, but also surfing, triathlons, snow skiing, Crossfit, and powerlifting, to name a few. Paralympian wheelchair basketball and alpine skiing medalist, Alana Nichols, serves as the movie’s main star as an adaptive sports
advocate and experienced athlete. On the other end of the spectrum is 4 year old Abel Rose, born with spina bifida, who was just 2 years old at the beginning of filming. He has already participated in a wide range of activities in his young life, and the film shows that someone born with a disability now has infinite options to make leading an active life a lifelong goal from the very beginning.

Filming for “Tin Soldiers” is complete, but they are still raising money for post-production. Visit their Indiegogo campaign to help and to watch their trailer at https://www.indiegogo.com/projects/tin-soldiers-adaptive-sports-documentary#/. The movie is targeted for screenings by April of 2016.
Labels: archived, other interests