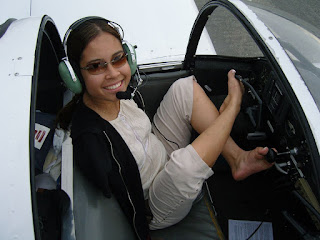 Jessica Cox has famously eliminated the words “I can’t” from her vocabulary. Although born without arms as the result of a birth defect, she has never allowed that to be a limiting factor.

While she suffered from self-esteem issues early on and physical challenges throughout her life, Jessica managed to overcome and achieve — earning a college degree and a Tae Kwon Do black belt, learning to drive a car with her feet, type and play the piano with her toes and in 2008, fly an airplane! That feat landed her in the Guinness Book of World Records and led to an audience with the Pope, meetings with heads of state, and a great deal of media attention. 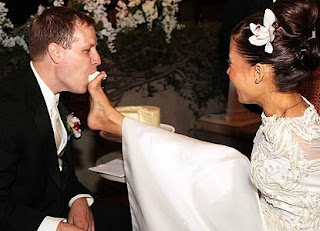 In 2012, she was married to her boyfriend of two years, karate instructor, Patrick Chamberlain. She was able to put his ring on and feed him cake with her toes, stating her wedding, was "A dream come true"! Her website is Rightfooted.com.

She has turned the tables on her so-called “disability”, allowing it to enable her as a motivational speaker and advocate in the USA and beyond. It's not surprising that Jessica is the subject of an award winning, feature length documentary called Right Footed that has been sweeping through the film festival circuit and is now available for screenings. 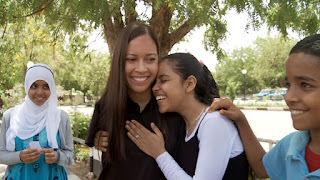 The film follows her over the course of two years as she gets married, gets her pilot’s license, mentors children with disabilities and works as a disability rights advocate working on the world stage. Part of that work includes lobbying for the passage of the CRPD, the first disability rights treaty in world history, and outreach in Africa and Asia on behalf of Handicap International.

The film debuted last June at the MirabileDictu Film Festival in Rome, where a surprised Jessica Cox accepted the "Best Documentary" trophy on behalf of filmmaker, Nick Spark. Since then it has screened at nearly 40 film festivals in the USA and abroad, and has won twelve additional awards.

Judith Heumann, a disability rights pioneer and the Special Advisor for International Disability Rights, recently viewed the film at a special screening in Washington, D.C.  In remarks afterwards, she praised the movie and said that: "This film's key message is that we can do more than we think we can. We cannot allow ourselves to be limited, nor let others limit us."

Groups can bring the film to a local theater or community venue through the website www.RightFootedmovie.com 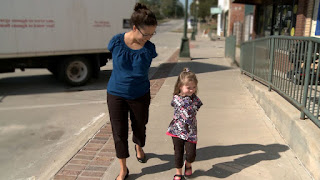