Elizabeth Kolbe and Her Great Achievements 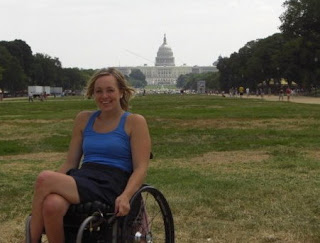 In May of 2000, Elizabeth Kolbe, fourteen years old, was paralyzed in a car accident with a spinal cord injury at C6-7. That night, unable to move, Beth reassured her mom, saying, “I’m okay. Everything will be okay.”
Two surgeries and two weeks later, Beth transferred to a rehab hospital in Green Springs, Ohio, to work with an extraordinary physical therapist who was an expert in spinal cord injury. The first time in therapy, laying on her stomach, Beth could not lift her shoulders off the mat. At all.

“When I was injured, I really had no idea what was in store for me.”

Beth and her mom became a team, the younger one shy but determined. No progress in the first weeks, despite strenuous effort, exposed the extent of her hope. Incrementally, over more weeks, she learned how to sit up by herself and how to begin to use her hands.
“I had to relearn how to do everything.”
Read more »
0 comments
Labels: archived, mobileWOMAN


Amy Saffell
A few years ago, I heard about adaptive paddleboarding on The Today Show, and I was immediately intrigued! The Onit Ability Board was designed for people who use wheelchairs to be able to paddleboard while sitting in a wheelchair, affixed to a paddleboard. Simply transfer from your chair to the all-terrain surf chair with a locking mechanism attached, wheel on to the paddleboard, and away you go. I love being ON water, but not so much IN water, so it looked like something that I would really enjoy. The only problem was that it was gaining popularity in coastal areas, not in landlocked Tennessee where I live, even though we have a plethora of lakes and rivers. 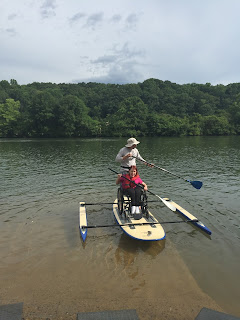 Fast forward to this spring, when I heard from a friend that there was an adaptive paddleboard instructor, teaching on a calm section of a local river in Atlanta, with an Onit Ability Board. He was looking to get the word out and get more people paddling. I jumped at the chance and planned a trip for a group of high schoolers that I work with through ABLE Youth, a local wheelchair sports and independence group, another one of our ABLE Youth staff members, who is a wheelchair user, and me. I knew that none of the students had ever paddleboarded either, and I was excited for all of us to be introduced to a new water sport. 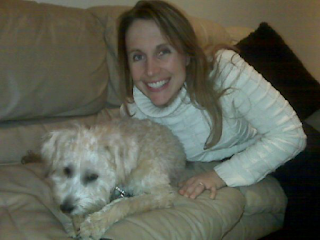 Sitting recalling events from a lifelong passed, I wonder how life became so cold, almost unbearable. My words and thoughts are rarely heard by others. Only by writing, can I feel truly free without judgment or criticism. Pity was neither welcomed nor needed, only a familiar face that was a close friend. Long days and even longer nights, have allowed me to reflect on memories of happier times.

I had an abundance of friends, was fearless in groups, and always ready to meet new people. You never anticipate the loss of a personality trait, the realization of your new reality leaves bewilderment and fear.  Fear of never regaining the zest for life and confidence once held, wondering if and when communication and laughter would flow so effortlessly and meaningfully as before. The ability to connect with others seems daunting even impossible. I struggle daily to convey my thoughts verbally, as I'm ashamed of this fearful, feeble, weak person I've become. Unrecognizable passing time until I'm reborn, and ready to start living! Self-acceptance was never my strong suit, but I'm trying.

All of my girlfriends are mothers now, and busy nurturing their children. I now have phone friends, since most have moved far away.  I've been on long term disability for eleven years now, so meeting new people, and socializing is foreign to me.  For many years I didn't want to leave my house, because I felt so horrible with the devastating effects of Multiple Sclerosis.  Now I feel better than I have in years, and wanting desperately to feel comfortable in social situations.  I feel like I'm the new kid in school, who has zero social skills and drowning in her fears.
Read more »
0 comments
Labels: archived, business and employment, mobileWOMAN

A Mom's Protest of Me Before You: #BetterDeadThanDisabled


Please note: This piece originally appeared on TheMighty.com, a platform for people with disabilities, diseases and mental illnesses to share their stories. We are reprinting with their permission.
A disturbing hashtag is circulating on Twitter: #BetterDeadThanDisabled. A closer look  identifies the tag as a protest of the Me Before You movie that opens  June 3. It is based on the fiction book by JoJo Moyes with the same title. The  main characters are Lou, a young woman who can’t believe that she is  falling for a man in a wheelchair, and Will, the other half of the love  connection. He decides to end his life when a spinal cord injury leaves him  quadriplegic, with all four limbs impaired. 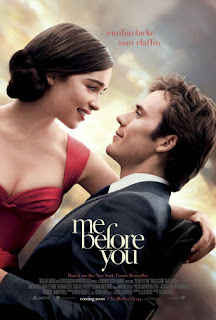 The disability community is diverse, yet it appears  to be united in the condemnation of Me Before You on social media. I  hate the book, too, but for more than the obvious reason. Not only because  it portrays a life with quadriplegia as tragic—though my youngest daughter is a  quad and one of the happiest people I know. Not because of assisted  suicide—because I support the option in cases of prolonged, unbearable pain.  Here’s my biggest problem with Me Before You: Will is not in unrelenting  agony. On the contrary, he falls in love and is loved in return. Outside of  bestselling books and Hollywood movies, real people with strong, positive  connections rarely choose to die, quadriplegic or not.
“Those who have a ‘why’ to live, can bear with almost any ‘how’.”  Viktor  Frankl wrote this passage in Man’s Search for Meaning. He  describes prisoners in Nazi concentration camps who found a sense of purpose through  selfless acts to lighten someone else’s load, despite brutal conditions. However, the opposite is also true. The same sense of purpose can elude us in the best  of times. Regardless, connections always matter.

Finding one’s passion is a journey that has no real deadline or finality.  We can be searching for it over a lifetime and not know when it will smack us in the face and say “hello I’m here.”  I know this as it has taken me a few lifetimes to find passions in my life that I have stayed true to and will remain with me for the rest of my days.

Dance is a passion that I found early on and has been a part of my make up for over two decades now.   Another passion, writing, is something that came to me by chance and led me to meeting and working for Wendy Crawford, founder of mobileWOMEN.org, and many other sites to express my calling.

During my years of school even up to getting a certificate in Therapeutic Recreation, I was never a number one fan of test taking.  It’s not that I would end up with poor results, I just always felt a particular anxiety to all things unknown in the world of test taking.  But writing papers for school was far more enjoyable to me and is a big reason that I ended up getting an MSW in social work as I didn’t have to sit for any exams. Well, not until I had to take my LSW for social work and that was a humdinger of an exam.  Anyway, I loved writing and even with endless hours of research and writing 20 to 30 pages for a particular class, it was still something I had in the palm of my hands and could piece together a paper that sang my creativity and style even if it had to be a particular format for a graduate class.  That confidence for writing eventually opened some doors when back in early 2000’s I was asked by the Philadelphia Inquirer to write an article on body image for Ms. Wheelchair Pennsylvania in which I was state coordinator.  Having written this first article, it opened doors for more writing gigs over the next few years which included writing about dance and current events pieces that took place in the Philadelphia area.