The Trials and Tribulations of Transport and Travel with a Disability 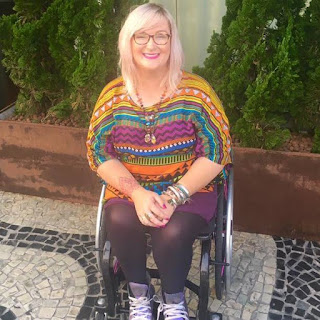 As an accessibility consultant and travel writer based in the United Kingdom, I’ve done my fair share of navigating transport during trips.  I’m a wheelchair user with cerebral palsy, but sometimes, however good my wheelies are or regardless of how many ‘arm days’ I’ve had at the gym, getting around certain transport situations can seem near impossible. My experiences, both positive and negative, have taught me many things regarding travel and transport all over the world.  Not all of them are specifically to do with access and inclusion, but each and every tip will help you, regardless.

At Home and Abroad

When traveling around your home town, city or even country, you usually have the ‘upper hand’ when it comes to transport. More often than not, there isn’t a language barrier, and it’s much easier to find familiarity in your location.  If you’re away for pleasure or business, however, those things you take for granted, can often disappear.  Make sure you know how to use your manners and ask for help in the language of the place that you’re visiting. People are often more willing to help, if you show that you have been willing to embrace their way of life AND shouting ‘Help, please!’ when trying to wheel off a tube (subway) when the doors are closing, has got me out of trouble numerous times… 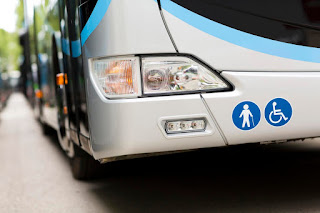 
Alicia Searcy has become Nashville’s go-to girl when it comes to fashion for people with disabilities, a mission first ingrained in her long ago without her even realizing it. Her mother had a love for style and made sure that her daughter, regardless of having cerebral palsy and using a wheelchair and crutches, was well dressed. Fashion was fun and a way of life in her family as a kid, long before she ever dreamed of the opportunities for spreading advocacy and empowerment that would come much later. “As a little girl growing up in New York City,” she explains, “I was always well-dressed. My mother had a talent for sewing, and she would sometimes make us matching outfits. As a teenager with almost no money, I relished every high-waisted pair of bell bottoms and platform shoes (Yes, I wore them. On crutches, no less.) that I could get my hands on.” Clearly, the apple didn’t fall far from the tree. Alicia loved finding a sense of style that would be her own.
Her love of fashion continued into early adulthood, but she then began to have a change of heart about the very thing that she loved the most, causing her to dig a little deeper and learn more about herself way beyond the stylish fabrics of her clothes. “I have to admit that for a while in my 30s and 40s, I decided that fashion was “shallow” and that fashionistas were overly-judgmental about anyone who wasn't sporting the latest trend,” she says. After some soul searching, she realized that it really wasn’t the fashion industry that was bothering her but rather a lack of her own self-confidence. Although she hadn’t consciously thought about it before, she had developed a negative body image related to her disability and a lack of self-esteem that skewed her own viewpoint more than anyone else’s opinions ever could. Once she realized that she had the power to change her thinking, to be proud of who she was, and to show others her zest for life, her love of fashioned returned, and she’s been, to use her words, “obsessed with fashion and personal style ever since.”
Read more »
0 comments
Labels: archived, beauty and fashion

Fit for Parenthood? The Struggle for Equality Among Disabled Parents

Christina Ormerod did what most other parents in the world do - she took her daughter to school every morning, nothing remarkable there. It was part of the every day trappings of being a parent, that is until a marriage break up and custody battle led child services to question whether she was fit enough to be a mother to her daughter.  Why? Christina Ormerod is a wheelchair using mother because she was born with spina bifida.
She made the half mile journey to school every day using her motorized wheelchair and let her little girl sit on her knee. Child services asserted that letting the child ride on the chair was unsafe and supported the contention that the girl's 'abled' father should take full custody of her. When Christina suggested that the girl could walk alongside her instead, something many of the other children did with their parents, they insisted that this too was 'unsafe'. Unfortunately it is common for agencies who are entrusted to help families with disabilities to instead set the standard of parenting higher than what they would require for non-disabled families. They then place huge pressure on them to 'prove' they are fit for parenthood.

The treatment from social workers also largely depends upon their own personal viewpoint of disability and in many cases, low expectations about parental capability and even 'pity' can color a case - putting parents with disabilities at an unfair disadvantage when it comes to retaining the right to live with and raise their own children. A person who uses a wheelchair could be quite happily raising their family without assistance for years and then suddenly find that questions are posed as to how they 'manage'.

"When I began water therapy," said Beth, "no one expected me to ever move in the water without someone holding me up."

My youngest child was paralyzed in a car accident near our hometown in Ohio. We became a team. In the rehab pool for physical therapy, Beth, fourteen years old and a new quadriplegic, tried and failed to stay afloat. Weeks later, I watched her float on her own with her arms gently waving under the surface.

“I immediately loved the water and the freedom I had in it.”

Two weeks before our first wheelchair games, Beth figured out how to accomplish a sloppy backstroke without sinking. A coach at the games encouraged us to attend a national swim meet to “see the possibilities.” We learned that competitors in my daughter’s S3 classification were few and far between. She asked to work with a coach, determined to swim the forward strokes.

“I started doing the backstroke. Then, learning to swim on my stomach and still breathe was a big challenge initially.”

Not a swimmer before her injury, it took weeks of failing, again and again, before Beth managed to move forward on her stomach just a meter or two—not even attempting a specific stroke. Over months, she gradually extended the distance. Then, over years, she learned all of the strokes, each modified to her abilities by an exceptional hometown coach, Peggy Ewald.
Read more »
0 comments
Labels: archived, health and wellness, other interests
Newer Posts Older Posts Home
Subscribe to: Posts (Atom)