"Where Fairy Tales Go" - An Excerpt 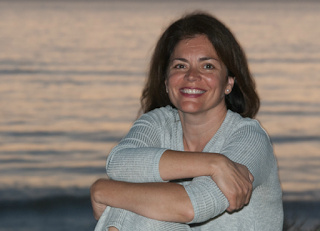 “A playbook for all of us about the power of love...” 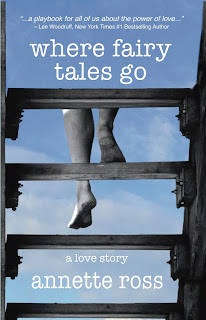 Annette Ross’ inspirational memoir details her personal challenges, financial struggles, and the life-altering medical error that left her unable to walk. Join Annette and her family on this journey to reclaim a lost fairy tale.


The anesthesiologist arrived in a lousy mood.


It was after midnight. She looked disheveled and distracted. Her dirty-blond hair fell over her eyes. To diffuse the obvious tension, I begin an anxious litany of questions to try and build rapport. I also needed to bolster my own courage. I asked how she was feeling. “Exhausted,” she said, and mumbled something about having gone out with her new fiancé. The tone in her voice was unsettling. And she made it clear that she was not there for conversation. I knew it was important to let her do her job, so I tried to talk myself down by nervously chatting with Bill. We were, after all, excitedly anticipating the birth of our second child. The anesthesiologist brought in a metal cart, instructed me to move to the end of the bed, and told me to “lean over the table.” As she injected a needle into my lower back, my body jolted violently.


“Sit still,” she yelled. But my movements had been involuntarily. I let out a scream as a burning sensation ran down both legs simultaneously.


“What just happened?” Bill asked, looking serious. “Are you okay, Annette?” I took in a breath and thought, “I’m still breathing, so I guess I am.”

“How are you?” the doctor demanded, not hiding her annoyance. Did it matter?


“Something is not right,” was all I could utter. The doctor’s response: “You’re being dramatic.”


Maybe so! I was in labor, my legs were on fire, and something had happened when she placed that needle in my back.


(Months later, when the nurses who’d been on duty that night were interviewed by our legal team, they said they’d heard me scream, but hadn’t come in to see what had happened. They’d arrived later, to hold my legs during delivery. In her own deposition, the anesthesiologist used the word “histrionic” to describe my behavior.)


Anna was born on January 5, 2000, at 2:39 am. She was perfect. Bill chose her name, because I had named Natalie. We couldn’t wait to introduce our daughters to one another. But, it was not time to open the champagne. Something was definitely wrong. We told the on-call obstetrician that something very unusual had happened when I’d received the epidural—unlike anything I’d experienced with Natalie. “I’m sure it’s fine,” she said, with complete disregard. She appeared confident, so I told myself to focus on Anna. It was only a few hours until morning.


When we told the nurses about our concerns, they made notes and said, “Would you like more pain medication?”

“But there’s something wrong,” I said over and over.

“We think you’re anxious and need to relax,” they said, patronizingly. We were getting nowhere.

No way was I resting. I used the time to really focus on these strange sensations. Inside, my legs were alive, burning and pulsing; on the outside they felt heavy, I could not even wiggle a toe. I buzzed the nurse again to make my case. “Something’s wrong. This didn’t happen with my first delivery,” I insisted. They offered me Valium to settle me down.


Eight hours after the epidural, my legs were numb. I couldn’t feel the surface of my thighs. I scratched them hard, but nothing. These were not my legs. They didn’t feel as though they belonged to my body.

When my father visited later in the day, I explained what happened. He told me, “God saved you.”


“But Dad, it makes no sense. I’m still not walking,” I was in anguish. Had God saved my life but not my ability to walk?


“We don’t yet know what has happened with your legs,” he said. “Take this minute by minute. You are alive, and where there’s life, there’s hope.”


I sat in the bathroom staring at another positive pregnancy test. It was the night of Natalie’s first high-school homecoming dance and her friends were at our house, wearing short dresses and high heels and looking gorgeous. There was general excitement in the air, but I was locked behind the door, panicked. Should I scream? Cry? Risk telling an already miserable husband? Once Nat left with her friends, I broke the news. “Bill, I need to tell you something, but please do not be upset.” He always hated when I said that. And, to be sure, Bill was shocked, maybe too shocked to be upset.


“Show me the test.” He went right out to buy another test so we could be sure. The results were consistent. He shook his head, hugged me, but said very little. A few minutes into his disbelief he asked, “How do you feel?” His concerns always centered around me. “Do you think this will be okay for you?”


I shrugged my shoulders. How could I know? Always somewhat fearful of my post-injury pregnancies, I admitted, “I am scared, Bill. I can only think this will not end well.” But he would never say no to life. Despite the precariousness of our situation, Bill was not going to try to sway me one way or another. Like he has done throughout our long relationship, he lets me be me. I can’t say I always do the same. This latest pregnancy made me feel as if we were being tested again, and I asked him what he thought.


“I don’t think of it that way, Annette. I only know I would not change any aspect of our life if it meant we would not have the girls.” But he did not have the worry of a pregnancy. Could I do it? Endure nine months of worry at a time when so many things were uncertain? The miscarriages of 2007, 2008, and 2009 were not at the forefront of my thoughts any longer. I did not miss the sorrow. The raw feelings I had finally compartmentalized soon resurfaced. Our entire household was too fragile to take this on, I thought. It was not a good time to have a baby.


A friend of mine had recently given birth to a delightful baby girl. Whenever I saw them at church, I longed to squeeze those sweet baby cheeks but when she would start to fuss, I was relieved that our kids were past the stage of diapers, nursing, and sleepless nights. That said, if someone were to drop a baby at our door, would we not take it in? The short answer was yes. It wasn’t that I did or didn’t want a baby. I was 45-years-old and the thought had not seriously crossed my mind in years. My heart said yes.


About the author: Annette was born in Chicago, graduated from Sarah Lawrence, and lives with her husband and five daughters in San Diego. She has been a board member of the Christopher and Dana Reeve Foundation and is a proud model in The Raw Beauty Project. Where Fairy Tales Go is her first book.