Celebrate overcoming adversity through the film COMING TO MY SENSES and its corresponding grassroots #ColorMySenses digital campaign! 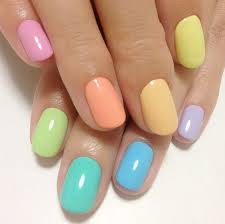 In 1999, Aaron Baker broke his neck in a motocross accident, leaving him completely paralyzed from the neck down. Despite doctors' grim prognosis, over the next 16 years Aaron decided not to listen to those who said 'he had a million-to-one odds of ever feeding himself again' and instead endeavored to regain as much mobility as possible. This journey through the unknown took him from the depths of depression to the joys of cross country road tripping via tandem bicycle with his mother and friends, and finally, culminated in his opening a socially conscious low-cost gym focused on increasing mobility for the disabled. Now, in COMING TO MY SENSES, we watch as Aaron takes one final journey which symbolizes his recovery: to cross a 20 mile tract of Death Valley unsupported on foot. But will he make it?


Though COMING TO MY SENSES chronicles the recovery of an individual suffering a high-level spinal injury, the film is much broader in scope and application that individuals of all stripes can take away a message of perseverance in the face of disheartening odds.


You can watch the film’s trailer here.


In conjunction with the film’s upcoming community screening tour and larger impact campaign, we are inviting you (and your organization) to participate in our grassroots #ColorMySenses digital campaign.

During the film, Aaron discusses how when he was in the hospital recovering from his injuries, his sister had painted his toenails different colors. He was initially angry and frustrated by this, as he was paralyzed from the neck down and could not do anything to stop her, but ultimately used the situation to his advantage and found power in his multicolored toes by using them as a visualization aid. “If I could just move my blue toe…” he found himself thinking, and this visualization helped begin his years-long journey to regain his mobility.

In the spirit of Aaron using nail polish on his toes overcome the adversity of being told he would never walk again, we are seeking to encourage viewers and fans of the film and the public at large to paint their nails, and post their photo on social media alongside a story of overcoming personal adversity -- it can be a physical, mental, professional, or personal obstacle -- with the hashtag #ColorMySenses.


If you are interested in learning more about the film and its corresponding screening tour and digital campaign, please reach out to Kait Halibozek at kait@picturemotion.com.


“Aaron Baker, through his extraordinary determination to overcome a devastating spinal cord injury, takes us on a journey and shares this journey with all of us in this powerful film. Aaron is a testament to life after injury. We at the Reeve Foundation work tirelessly to deliver on Christopher Reeve’s dream of a world without wheelchairs; the BIG IDEA is how we will make this happen in the here and now. Aaron’s journey is bigger than one man’s challenge, it as an opportunity to create a movement to motivate the masses to get behind the Reeve Foundation’s mission to cure paralysis. Every movement has its moment. This is ours."


“From the moment we heard Aaron Baker’s story we knew what a benefit it could be to our organization. This story specifically highlights how hard the recovery road is for those who have been injured and paints a clear picture for my donors why their resources are greatly needed and that they can.”

DON’T FORGET TO TAG US ON SOCIAL MEDIA!