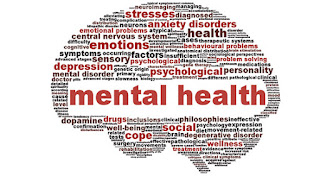 For many women, poor mobility and mental health are closely linked. Often, the energy and time invested in looking after physical needs can mean mental health is overlooked. Low mood is generally an unseen health problem. The North Carolina Office of Disability and Health reports that individuals with disabilities are more likely to experience long-term depression.

Reasons for depression can range from lack of work, a loss of sense of identity, along with isolation, loneliness and lowered activity levels. Read on to find out how to mitigate this situation.

PLEASE NOTE: These are just a few alternative approaches to elevate your mood but if you experiencing signs of depression, it’s imperative to consult your physician or a licensed professional immediately, to determine the best treatment for you.

Studies have documented a clear connection between exercise and better mental health. 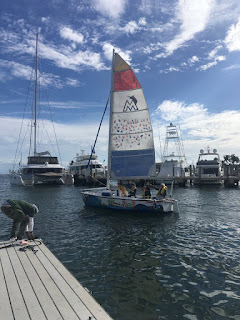 For instance, Research in Developmental Disabilities found that people who participated in wheelchair basketball scored significantly higher on various indicators for positive mental health and social skills than did non-players. Apart from the positive effects of the physical exercise, team sports, such as basketball, involve players in a supportive community which can help to avoid isolation and loneliness and create a sense of identity. Players report they find it easier to focus on their ability rather than their disability.

Adaptive sailing is another great example of a sport that can be enjoyed by those with disabilities. Sailing is an ideal challenge, as it requires a lot of mental functioning with just a few physical movements. Sailboats can be decked out with adaptive equipment, so that there is little or no need to move around the boat. As well as appreciating the serenity of cruising around a bay, or going further afield, sailors can also learn valuable social skills such as leadership and discipline.

Rollin’ with the Providers of Care 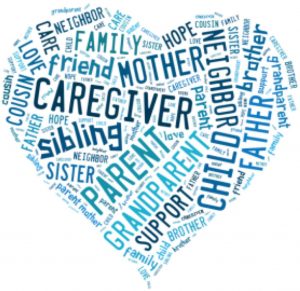 Bless all the caregivers in the world because without them our lives would be challenging.

February is the month of love and we want to take this time to thank all caregivers.  Being called into the role as the “giver of care” is not an easy task for many, especially when it wasn’t in your plans to be.  We (the nurses of The Rollin’ RN) chose to take on the job as a giver of care.  We chose the field of nursing, many years ago, because we wanted to lend aid to others due to illnesses.  But that was our choice.  We knew we would spend many hours during our shifts taking care of others, not family members, but strangers to the best of our trained knowledge.  Now that is the key word in this message “trained”; there are many years of nursing school between the both of us.  But suddenly, our spouses were tossed into the role of caregiver when that day occurred,  the day that led us into a life with spinal cord injury.  They could have easily decided to walk away, as we are well aware that some do, but they chose to stick it out.

We have asked numerous partners to share their own thoughts on being thrust into the world of the “unknown” black hole of endless 24/7 care for their loved one and why they chose that path vs. having a paid caregiver.  We are here to share some thoughts and to say thank you for all they do.

Becoming a Nurse From the Seated Position


Meet the set of wheels that is taking New York by storm! Andrea Dalzell is the newest member of the nursing community, and a pioneering activist for people with disabilities. She is a force to be reckoned with, and has emerged victorious against all the obstacles in her path.
Transverse Myelitis left her paralyzed at the age of 12, but she did not allow her disability to become or define her.

Andrea completed an undergraduate degree at the College of Staten Island majoring in Neuroscience and Biology; and Nursing. As an advocate and activist for the rights of people with disabilities, she's garnered various awards. She was awarded CUNY’s Emerging Leader of The Year Award and also received the Cindy Loo Disability Rights Advocate Award in 2015. Aside from being a student, and juggling her career, she finds the time to travel and spread awareness for issues that affect people with disabilities such as housing, transportation, healthcare, and accessibility- amongst many more.
Andrea was crowned Ms. Wheelchair NewYork 2015, and utilized her title and platform " Life, Liberty and the Pursuit of Access" to promote her message and belief that people with disabilities can live a fulfilling life.  She has been featured in O Magazine, Arise TV, and other publications/media outlets. Her latest work was Apple, where she inspired the innovative addition to the Apple Watch to track pushes instead of steps for everyone who uses a wheelchair- as a part of tech inclusion. She is truly a rising star; so keep a eye out for her growing success.

mW: What type of work have you done in the past?
AD: I have worked so many jobs since the age of 15. I started with a retail store where my friend’s father believed, if I got at least one major retailer to hire me, I wouldn't have any problems finding work, as I got older. From there, I went onto intern at a state senator, J.L Sampson's office and then went into an interior design firm. That office gave me the skills that I needed to take on retail again but in the technology world. I learned everything that I needed to know about computers and new technology which convinced me that becoming a doctor, from the seated position, was possible with the right technology.
Read more »
0 comments
Labels: archived, business and employment, mobileWOMAN
Newer Posts Older Posts Home
Subscribe to: Posts (Atom)