Shoot for the Stars - How I Became an Entrepreneur 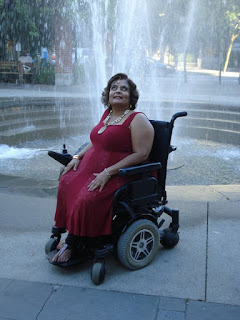 I am the youngest of three siblings, and grew up in a large, multi-generational house in Karachi, Pakistan. I immigrated to Canada in 1994 and have lived in the Lower Mainland of British Columbia since then.

My dad had a very entrepreneurial spirit. In Canada, we think nothing of popping into a Loblaw’s or Safeway for groceries, but a large western-style supermarket was a very novel concept in Pakistan, in the 1990s. He was the first one to start a self-serve supermarket in Karachi. I strongly believe that I have inherited my fathers’ entrepreneurial spirit; I hope so. I have enrolled in the Self-Employment Program at the BC Institute of Technology, and am working to establish my own Accessible Travel business. I am an Accessible Travel Specialist and work with a home based travel agency called Travel for All, Inc.

Like other Pakistani children, at the time, I was also immunized for polio as a child by oral polio vaccine. I took the drops but contracted polio, nevertheless, at age one. It was either a bad batch or it was just not working. I still got polio. It started as a flu-like illness and, by the time the symptoms subsided, my mother found I didn’t want to move. The doctor said, “Well, it’s unfortunate, but your daughter’s been paralyzed in one leg by polio.” 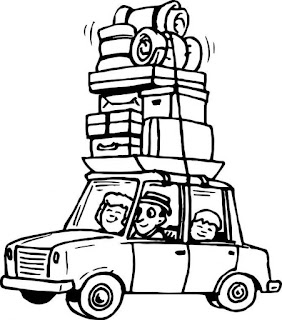 Now that spring is finally here and summer vacations soon will be upon us, the nurses at "The Rollin’ RNs" were talking about the response of our spinal cord injured bodies, in environments outside of our own safe havens. It’s a funny thing, we all expect our bodies will “mind their P’s and Q’s”, when actually they go into an odd state following time spent outside our usual environments, especially when traveling. It’s always helpful to discuss these offbeat occurrences with other mobileWOMEN and we discover we that are not alone. But a long car ride, a night of chilliness, and numerous conversations with able-bodied standers can cause a trifecta of disturbance, in our otherwise normal state. So, we decided to pen an article not only to the SCI population, but also to all mobileWOMEN who are unaware of this occurrence.

The first topic of the trifecta, is the extended car ride. Eight to nine hours in a car on a drive, is about the extent of our tolerance. Anything longer and we get squirmy. So, we try to keep our travels to 8-9 hours but sometimes they may stretch to 10 hours and that is exhausting on any body. Couple that with sitting in a foreign seat (other than usual wheelchair) for that time period and it all makes for an aggravated body, especially the back and neck.

Producer of See BeyondTV, actress, speaker, model and influencer, Tamara Mena participated in the Easterseals Disability Film Challenge for the first time as a producer and actress, co-starring with the beautiful model, Dru Presta! Her short film “Rivals or Friends” is here and we want to share it with all of you. If you believe in their message of empowerment and inclusion, please share their short film, not only support them in the challenge but to inspire change in the media and promote people with disabilities.

Learn more about it from Tamara:

How did the film come to be? Well, I already knew that I wanted to do this challenge, but I was so nervous and kind of overwhelmed about the whole process! Last year, I was intrigued by it, but I didn’t come up with an idea or team, in time, to do it... This year, I became more intrigued because I have been working hard to develop my acting skills over the past year, by attending UCB Upright Citizens Brigade in Los Angeles, one of the best schools for comedy and improv and doing other acting workshops!

So I thought this could be a great challenge for myself but for a while I did not have a team nor idea at all! My friend, a great actor in a wheelchair, Joe Kibler, was supposed to be my director and help me write this, but then he was booked for an acting gig and said he couldn’t do it… So I kind of got discouraged because I thought I may not be able to execute the project alone. I seriously prayed about it and asked God to help me find the right people to help me do this!
Read more »
0 comments
Labels: archived, mobileWOMAN, other interests
Newer Posts Older Posts Home
Subscribe to: Posts (Atom)