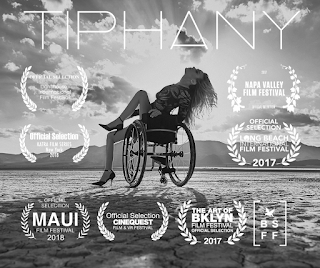 When you meet Tiphany Adams, the last thing you notice is her wheelchair. The vibrant, playful, positive energy that radiates off of her tends to take front and center when you’re in her presence. It’s an energy you can feel when watching her, and one director, Justin Ferrato, was able to capture in the new short documentary film, Tiphany.
Justin – a Brooklyn-based filmmaker behind such shorts as Kill The Witness and The Mess We’re In, as well as a producer at HBO – wasn’t looking to shoot a short documentary. He’d been called in by a mutual friend, photographer Kai York, to create a behind-the-scenes film for a model that he’d recently booked. It wasn’t until Justin showed up on location, just outside of Las Vegas, that his intention for making a film began to evolve.
“As I got to know Tiphany between set-ups and throughout the day,” Justin reminisced during a recent interview, “I felt incredibly energized from her positivity. She had this passion and fun, a playful exuberance that radiated through everyone on set.”

Approaching Kai about turning the video into a documentary, had been a no-brainer. After all, Tiphany’s own story was one of strength and perseverance. A car accident at the age of 17 had left her paralyzed from the waist down, and yet all that she’s achieved – a certified fitness instructor, life coach, actress, model, as well as Instagram and Youtube influencer – everything came after. If there’s one word that could be used to describe Tiphany, it would be her tenacity. 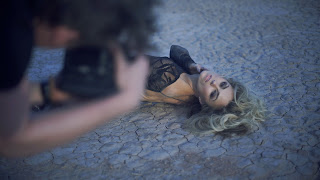 The shoot itself had only taken a day – with filming taking place at a poolside photo shoot in Las Vegas before moving out to the desert, in time for sunset – but crafting Tiphany’s story had taken five months in the editing room, including a last minute addition of a voiceover, telling her story as only she could.
The voiceover was the final ingredient to the film.. We were playing around with a lot of the shots and trying to make it fluid and sort of heighten the feelings that she was conveying to the camera. Once we’d pieced together the story...I knew we had something special that would resonate with [the audience].
Since its completion, the film has done well on the festival circuit; the team was invited to premiere the film at the Cinequest Film Festival in San Jose, and since then the film has showcased at more than a dozen other film festivals, including Lighthouse Film Festival, Napa Valley, Art of Brooklyn, and the Maui Film Festival. 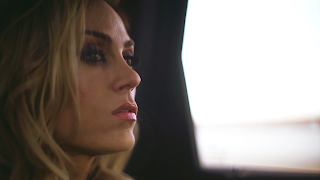 Now it’s time for the film to make its online debut this October 15th, in honor of National Disability Employment Awareness Month. The film will be released on Vimeo, as well as broadcast on the Accessible Media TV Network in Canada, before making it to VOD on Brooklyn On Demand. For updates on release and links to the docushort, be sure to follow the documentary on Facebook, as well as Justin on Instagram and Vimeo.
Justin hopes her story will appeal to others: “My intention with the film was always to share Tiphany’s story, and to strive to express the feeling of hope and encouragement that I felt when I first met her.” You can follow Tiphany’s journey on social media and through a full slate of interviews and speaking engagements through 2019.
As for Justin, his most recent project was a series of artist portraits through the show Random Acts of Flyness, on HBO, garnering a rare 100% on Rotten Tomatoes. “I call them portraits because not only are they glimpses into these people’s lives, but the emotional journey it took to get to this new place.” Along with the show’s critical success, he hopes to continue telling real stories about real people. Keep an eye out, because two people as talented as Justin and Tiphany, are likely to be individuals you’ll be talking about for years to come.
Tiphany makes its online premiere on Vimeo October 15th. WATCH HERE! 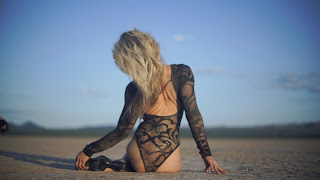