Merry Christmas from All of Us
at mobileWOMEN!

Fashion is for Every Body

By Alicia Searcy
For people with disabilities, fashion is a powerful tool not only for self-expression but also for being perceived as competent, confident and approachable by others. As a wheelchair-dependent woman with Cerebral Palsy I can attest to that, and it’s this premise that was the catalyst for a revolutionary concept within the fashion industry.
Fashion is for Every Body is a nonprofit organization that challenges stereotypes and changes lives using the transformative power of fashion. We work with adults of all ages, sizes and physical abilities to produce inclusive photoshoots, videos, and an annual runway show featuring Nashville fashion designers. We also award one local designer a year with an endowment to create a pattern for an item of adaptive clothing that can be sized up or down and made to order for clients with physical disabilities.
But that’s not how it started. It started as an idea I had while sitting in the audience at Nashville Fashion Week in 2015 – at the same venue where we now hold our runway show. “Why can’t some fashion shows highlight the art of the collections like many cities’ fashion weeks do and others be for everybody and every body?” The only attempts at “inclusion” I had seen either used one atypical model in an otherwise standard runway, or an entire runway comprised of the same atypicality. I wanted plus-sized, petite, over the age of 40, physically disabled and professional models on the runway at the same time. My friend and co-founder Krystle Ramos and I mulled the concept over for about a year. Then, in January of 2016, news of the death of David Bowie made me view my life and the project with a new sense of urgency. We cobbled together what we thought would be a one-time, inclusive fashion show and called it Fashion is for Every Body. People loved it because it presented fashion in a manner that had never been done before. They said, “Wow, that was amazing! When’s the next one?”
That’s when I knew we were onto something. We needed to continue to do this, so Fashion is for Every Body became a nonprofit. Our next runway show took place at Studio 615 – the venue that gave me the idea in the first place – and we’ve been there ever since. We approach all of our projects with the same professionalism as any other fashion-oriented organization. Models go through hair and makeup, are professionally styled and are photographed by local photographers for both the runway show and editorial shoots.
The designers that show on our runway or our photoshoots are challenged to work in a non-traditional manner. Most fashion shows supply models with nearly identical proportions to fit existing clothing. We work backwards, instead providing designers with detailed measurements they use to create their collections for Fashion is for Every Body. As a result, they end up with a whole new appreciation and skill set for what it’s like to dress someone that isn’t sample-sized or that has a disability. Many of our designer alumni have extended their size ranges or added adaptive garments to their collections for sale to the general public.
What none of us could have foreseen was the unintended consequence of our programs, which was the models changed how they felt about themselves. Most of our participants developed a more positive body image and a renewed or newly discovered sense of self-esteem. Some of our models have made drastically beneficial life changes as a direct result of being in one of our programs. That ripple effect has extended to our volunteers and even members of our audience both in person and on social media.
This year’s show, On the Runway, played to a standing-room-only crowd of 240 people and was the Nashville Scene’s Critic’s Pick for events on that weekend. Fashion is for Every Body is also featured in season 3 of Our Nashville TV series produced by NECAT. All of this from an organization that is 100% sponsor-and-donor-funded and whose staff have taken no salary to date.
This revolution is picking up steam. I am excited and hopeful for what 2020 will bring Fashion is for Every Body. Follow our journey on our website, Instagram, Facebook and YouTube
Check back with us next time when we feature Abigail Brown’s fabulous story of discovering adaptive dance with Step Change Studios in London!
Alicia Searcy was born with Cerebral Palsy that affects her fine motor skills and limits her ability to walk. She started paying attention to her appearance when she noticed a direct correlation between the intentionality of her clothing choices and the way she was treated by the general public. In 2012 she started what was then the only disabled fashion blog in the Southeast called Spashionista. She is the Co-Founder and Executive Director of Nashville nonprofit Fashion is for Every Body.
0 comments 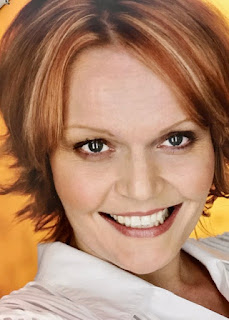 I am so excited to introduce all of you to our updated mobileWOMEN website! But first, it is without delay that I want to express my gratitude to our founder, Wendy Crawford, for creating this premiere online magazine for women who use wheelchairs. Because of Wendy’s passion, creative spark, and charisma for great ideas that benefit women with disabilities, mobileWOMEN has developed into one of the leading online resources for women to seek advice, share ideas with one another, and interact with one another. mobileWOMEN publishes contributor and guest blogger articles on a bi-weekly format. Many of our articles talk about romance, personal stories and experiences, or they point us toward credible sources to find solutions to our unique health challenges and concerns. And as always ~ we use our magazine and community to celebrate our achievements together.
Beyond the online magazine, our mobileWOMEN Facebook page extends a closed, private venue for our community of women with disabilities to have discussions, ask questions, and share information with one another in virtual real-time. By joining our online Facebook Group, you can also keep up with announcements, new features in the magazine, and of course humor and inspirational Memes! These and other inceptions developed by Wendy and the mobileWOMEN team, will always be a part of our design – it is what we’re about!


I’d like to invite you to take a moment to get to know the new layout in mobileWOMEN Magazine. Many features have been consolidated or streamlined for your convenience, with more archived publications being added as we progress. Some standout articles have already been loaded into specialized categories of Health & Relationships, Travel, or Fashion & Entertainment. The Resource page has been updated with live links to products, services, and organizations, with additions being plugged in all the time. Plus there is now a Contact Form if ever you want to reach out to us. If you would like to learn more about our contributing writers, you can read their profiles, here.


As we continue to grow, look for new features, too! Some concepts that are in development include an advice column where subscribers can submit questions anonymously. One of our contributing writers, based on the nature of the question and their knowledge or experience of the subject, will post select questions and answers to our website, and on our Facebook page. Also in development, we are working on opening a Store for mobileWOMEN merchandise, alongside shopping links to collaborating vendors. More on those ideas will come at a later date – so stay tuned!
Welcome – we are excited to begin our new adventure together with you! Leave us a comment, just say “Hi!” or let us know what you would like to see more of in mobileWOMEN Magazine! Be sure to subscribe to our email list on our new site so you do not miss a thing! Have a great week – stay tuned to hear all about Fashion Week from our next guest blogger, Alicia Searcy of Fashion is 4 Everybody!
0 comments
Newer Posts Older Posts Home
Subscribe to: Posts (Atom)